Ontario and British Columbia will be harmonizing their provincial retail sales taxes with the federal GST on July 1, 2010. What this means is that both of these provinces will abandon their current re... 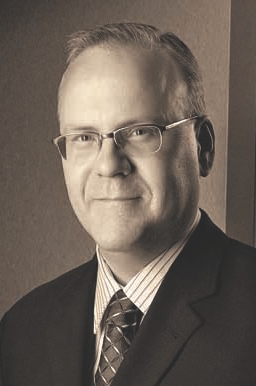 Ontario and British Columbia will be harmonizing their provincial retail sales taxes with the federal GST on July 1, 2010. What this means is that both of these provinces will abandon their current retail sales tax structures and become participants in the federally-administered Harmonized Sales Tax (HST) that currently exists in New Brunswick, Nova Scotia and Newfoundland and Labrador. This will result in the combination of the existing federal GST with existing provincial retail sales taxes in Ontario and BC to create a single sales tax of 13 per cent and 12 per cent, respectively. This change will have a significant impact on the plastics industry in both of these provinces.

The current retail sales tax structures in Ontario and BC apply retail sales tax on purchases of goods and services at all levels, from manufacturing to wholesale to retail. Although there are numerous sales tax exemptions available to manufacturers on production equipment, including those in the plastics industry, a significant amount of sales tax is still paid on many other goods and services, which then becomes incorporated in the cost of the goods they produce for sale. This increase in cost of the goods translates into increased prices and results in a competitive disadvantage at the national and international level.

THE VALUE OF VAT

The proposed HST in Ontario and BC is a value-added tax (VAT). VAT is considered to be an indirect tax, imposed on goods and services at each stage of production or distribution, starting from the purchase of raw materials to the sale of the final product. VAT is levied on the value added at the different stages of production or distribution and is ultimately included in the cost of the good or service to the final consumer. Because of the input tax credit mechanism available to organizations involved at each stage of the production or distribution process, VAT paid is recoverable by all parties other than the final consumer. This ensures that no sales tax is incorporated in the cost of the goods produced for sale.

The introduction of HST in Ontario and BC will ensure that there is virtually no inefficient cascading of tax, because only the final consumer will bear the burden of paying the resulting HST. Because this system results in absolute transparency at every stage of taxation, it becomes quite comprehensible and simple to administer.

It’s anticipated that a shift to HST in Ontario and BC will result in significant savings to the plastics industry because of the reduction in payment of otherwise non-recoverable sales tax on purchases made by companies in the sector. These savings can then be passed down to consumers in the form of lower prices or used to make investments that create jobs and support other businesses in the community.

Experience in the Atlantic Provinces and other jurisdictions confirms that shifting from a retail sales tax structure to a VAT structure like the HST paves the way for increased capital spending on machinery, equipment, structures, new technologies and other productive assets. This additional business investment should lead to faster economic growth, more jobs, higher productivity, and increased global competitiveness.

Administratively, as Ontario and BC integrate their existing sales tax with the federal GST, compliance costs will decline significantly. Under the present system of separate provincial and federal sales taxes, businesses are forced to deal with two different sets of tax rules, administrative authorities and compliance requirements. Tax filing and other regulatory costs will be significantly lower under the HST. The Ontario and BC governments estimate that over $600 million will be saved annually by businesses in Ontario and BC as a result of reduced compliance requirements under the HST. These savings will also be experienced by the plastics industry.

The shift to HST in Ontario and BC is a positive move for companies in the plastics industry. It will result in lower costs and lower administrative requirements, enabling these companies to compete more effectively on both a national and international level. It will, however, also result in significant operational and administrative changes to ensure that the existing retail sales tax systems are properly wound down and the new HST is properly implemented. These changes should be considered sooner, rather than later, to facilitate the transition on July 1, 2010.

John Drysdale, CA, is a Principal with Brendan Moore & Associates in charge of technical knowledge and compliance. With offices in Oakville, Ont. and Calgary, Alta., Brendan Moore & Associates is a professional service firm dedicated exclusively to providing Canadian sales tax solutions to North America’s premier organizations. They can be reached toll free at 1-877-568-0488, or emailed at inquire@brendanmoore.com.