The specialty material supplier has partnered with officials in Tennessee to support the local production of 10,000 protective face shields for medical personnel in the state capital of Nashville.

As part of the world’s collective effort to respond to the COVID-19 pandemic, Eastman Chemical Co. recently partnered with the Tennessee Higher Education Commission (THEC) and Austin Peay State University to support the local production of 10,000 protective face shields for medical personnel in the state capital of Nashville.

Face shields have become an essential tool for protecting personnel in medical fields and others on the front lines of battling the epidemic. The shields protect people from droplets produced by coughing and sneezing and can help prevent workers from touching their faces. 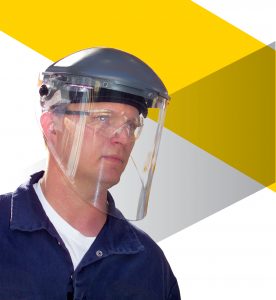 The partnership comes after THEC informed Kingsport, Tenn.-based Eastman that they had used and exhausted all the local supply of acetate sheet – the large, clear plastic shield that attaches to the headband – from local retailers. Together, the goal is to produce 10,000 face shields in two weeks using 3D printers at colleges and universities around the state.

“The Eastman team that made this happen has my thanks, and I find this work and numerous other efforts like it happening around the world to be inspiring,” said Steve Crawford, Eastman’s chief technology and sustainability officer. “The need here is very real and life-changing. Health care workers are in dire need of help as they are on the front lines of battling COVID-19, and I’m proud to be part of an Eastman team that always steps up when help is needed.”

On March 25, Eastman donated enough rolls of PETG film, a copolyester commonly used for rigid medical packaging and medical devices, to produce 10,000 face shields. Eastman teams worked over the weekend to ensure that in four days, THEC had the materials needed to continue with the project.

In addition to contributing to the THEC collaboration, Eastman employees around the globe are playing a critical role in other relief efforts. Eastman’s films operation in Martinsville, Va., is rapidly producing film to partner with Patrick Henry Community College and quickly get 500 face shields developed, produced and into the hands of medical personnel in Virginia. Other Eastman teams, including in Brazil and Europe, are contributing to similar efforts. In Brazil, Eastman donated PETG material for face shields, and in Europe, the company has donated resins to customers that are making hand sanitizer instead of cosmetics.