Corporate taxes can be good for shareholders: Why some actually want their companies to pay tax

When it comes to shareholder credits, shareholders prefer their corporations pay the standard tax they owe — not a lower tax — to ensure higher cash flows. 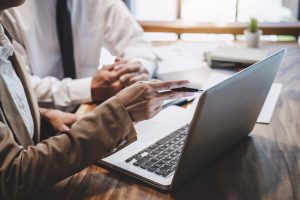 There is a prevailing assumption that, in the name of profit, shareholders don’t want their corporations to pay taxes. It’s easy to see how less taxes should mean more money in their pockets, but it turns out this is a common, yet understandable, misconception.

Contrary to this belief, shareholders (people who have invested money in a company in exchange for a share of the ownership) sometimes prefer their corporations to pay taxes to maximize cash flows. But, how can that be? Take common news stories about offshore tax schemes, creative tax planning and corporations reducing their taxes, for example. These stories all seem to imply that less taxes mean higher cash flows for both corporations and shareholders.

It turns out that isn’t always true. Certain incentives, like shareholder credits that reduce the amount of tax owed on dividends, actually encourage shareholders to prefer their corporations pay the standard tax they owe — not a lower tax — to ensure higher cash flows for themselves.

Some countries around the world, such as Australia and Canada, run what’s called an “integrated tax system.” This means that corporate income and individual income are only taxed once, together, as the money makes its way from the corporation to the shareholder. Other countries, like the United States, do not integrate corporate and personal tax, leading to double taxation where corporations and individuals end up paying tax twice on the same income.

Let’s take a closer look at why this is important.

Imagine three people: Person A is an employee, Person B runs an unincorporated business and Person C is the sole shareholder of a corporation. Each of these cases generates income of $100,000 for the same type of work. It makes sense that, because the economic activity is the same, taxes at the end of the day are the same. It shouldn’t matter which person you are or how you organize your work life.

But because Person C and their corporation pay taxes separately, that can change which of the three persons you’d prefer to be. To remedy this, we need some way to account for the difference in taxes each person pays. Integrated tax systems are designed to do just that, by ensuring all three individuals are taxed the same amount.

Now let’s consider how this works for the shareholder.

My colleagues and I developed a numerical illustration to show the incentive this system creates. Shareholders want the corporation to pay taxes and to avoid spending money on costly tax planning. The valuable tax credits nudge shareholders into wanting their corporations to pay taxes, rather than paying for tax planning to reduce tax — all in the name of greater shareholder after-tax cash flows.

Next, let’s take this illustration into the real world.

In our study, we used a set of European countries that eliminated their integration systems, mostly in the mid-2000s. We compared these “eliminating” countries to other countries that did not change their tax policy and found that getting rid of the credits also got rid of tax incentives. After the change, corporations in these countries engaged in substantially more tax planning to reduce the standard tax they owed.

Why? In the new tax system without integration, income could be taxed twice as it transferred from corporation to shareholder. So, to maximize shareholder cash flows, the new incentive was to minimize the amount of corporate income that was initially taxed.

In each of these cases, shareholders would rather the corporation minimize its taxes. Nevertheless, an integrated tax system with its shareholder credits might just change the way you, I or governments think about shareholder tax incentives. Typical shareholders want more cash flow, and they’ll do anything — including paying more tax — to get it.