ACCORDING TO JIM: Talking with the CPIA Leader of the Year

Never underestimate the power of a good teacher. Socrates taught Plato, and that turned out all right. Twenty-five hundred-odd years later, the role of teacher is one that Jim Ellies is happy to take on. A 35-year veteran of Canada’s plastics industry Ellies, 60, is the president and COO of Mississauga, Ont.-based extrusion product maker Gracious Living Innovations Inc., and has now been chosen as the Canadian Plastics Industry Association’s Leader of the Year for 2015. And he still figures that some of his best days are ahead of him, teaching a new generation of plastics professionals. 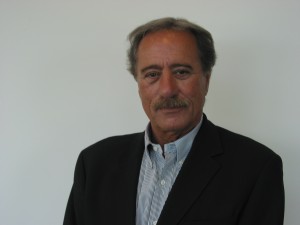 Truth is, if Ellies retired tomorrow, he’d already have had an excellent run. “Jim’s many years of industry experience and his knowledge of the industry are outstanding,” said business colleague Mario Causarano, managing director, private investment counsel with ScotiaBank.

But as Causarano also notes, Ellies is actually gearing up for what could be called the 2.0 phase of his career. “Jim is actively sharing his experience and knowledge with others to help them succeed as well,” Causarano said.

And it might just turn out to be one of Ellies’ greatest contributions.

FROM BAY STREET TO WPC DECKS
Like many industry veterans, Ellies’ first encounter with plastics processing was from the outside looking in. As a venture capitalist and banker in the late-1970s, one of his first accounts was PGTI Plastics, an automotive parts injection molder in Whitby, Ont. “I was enamoured with the plastics industry right away, and joined PGTI,” Ellies said. “Through the owner, I was mentored in sales and marketing, and engineering and tooling.” The company was eventually acquired by new ownership, which is when Ellies headed for the door. “I didn’t want to stay on with the big conglomerate that had bought PGTI — a structure like that just wasn’t in my DNA,” Ellies said. Around that same time, Ellies learned that Canadian businessman Peter Clark — of Clark Shoes Canada — was interested in buying a financially weak company in Bolton, Ont. called Crila Plastics Industries Ltd.

Crila Plastics had been founded in 1972 as a manufacturer of aftermarket products for the automotive industry. “When Peter Clark bought the company in 1989, I came on board, as our visions for success were aligned,” Ellies said.

Crila Plastics soon moved to Mississauga, Ont., and quickly became a recognized international leader in thermoplastics profile design, engineering, processing, and value-added manufacturing. “Leading products included decorative components for the refrigeration industry, as well as wood-plastic composite decking and fascia, which we pioneered in the mid-1990s,” Ellies said. Along with CPI Plastics Group (Canada) Ltd., CPI Plastics Group Inc., and Crila Investments Inc., Crila Plastics became part of what was known as the CPI Group. And Ellies’ stock continued to rise. “During his tenure with CPI Plastics, Jim was instrumental in helping transform a financially troubled firm into a business that was recognized twice as one of Canada’s 50 best managed companies,” Mario Causarano said.

And then, in 2008, the crash came. “Crila Plastics, then a publicly-traded company, got caught in the economic downturn and ceased to exist,” Ellies said. Shortly thereafter, the business was successfully reorganized, and in April 2009 was acquired by the principals of Gracious Living Corporation. “Their established position in the retail market proved to be a natural outlet for our outdoor living category,” Ellies said. “Innovation, which historically was our hallmark, was incorporated into our new name.”

Fast-forward to today and Gracious Living Innovations is back on top, running 24/7 with 47 extrusion lines and — depending on the season — between 165 to 250 employees. “We are without doubt the largest foam extruder in Canada, supplying a number of OEM manufacturers,” Ellies said. “We’ve developed new product categories for some industries, resulting in markets which we now dominate and have become world leaders in.” This success is due in no small part to Ellies’ guiding hand. “My background in the venture capital industry taught me the value of innovation — to find that one process, brand, widget, whatever — that has a competitive advantage, as this invariably leads to good earning power,” he said. “I’ve also learned to find the best people money can buy, because they initiate and sustain growth over the long term.”

TALENT SCOUT
It’s in the area of finding — and helping to keep — the best people that Ellies believes his future career really lies. “It’s no secret that the plastics industry is struggling with a shortage of skilled young people — it’s hard to find them, hard to bring them in, and harder still to keep them,” he said. “Many of today’s graduates want to maximize their earning power right out of the gate, and turn to the financial industry to do so. Unless we can attract capable people to our industry, we’ll have a very hard time staying competitive.”

Suiting the action to the word, Ellies has worked overtime to lure a core group of capable staff — both management and floor workers — to Gracious Living Innovations. “More and more, my role now is to be a teacher; to help train the next generation to make sure the company — and the industry — is sustainable going forward,” Ellies said. “This often involves giving inexperienced people a chance to learn from their mistakes and prove themselves.” Ellies points to John Coscarella — the CFO of the Gracious Living Group of Companies and former director of finance at CPI Plastics — as the epitome of the next generation of plastics professionals. “John is, in my view, an excellent example of the future of the plastics industry,” he said. “I’ve managed many people during my career, and have finally found a young, dynamic individual who understands the business from the ground up. It’s now incumbent on me to help find and promote more people like him.”

For all his experience, Ellies was caught totally unawares by his selection as CPIA’s Leader of the Year. “I’m very surprised and very flattered to receive the award,” he said. “Our industry can certainly be a difficult one to survive in, but it’s also extraordinarily rewarding, and I wouldn’t change a thing about my career. It sounds like a cliché, but I truly believe that Canadian manufacturers can make things faster and better than anyone else.”

It’s a lesson well worth teaching.