Al Kaabi is the CEO of petroleum and petrochemicals for Mubadala Investment Co. of Abu Dhabi, which is Calgary-based Nova’s parent firm. 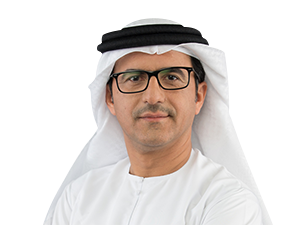 Calgary-based polyethylene and specialty plastics maker Nova Chemicals Corp. has named Musabbeh Al Kaabi as the chairman of its board of directors.

Al Kaabi is the CEO of petroleum and petrochemicals for Mubadala Investment Co. of Abu Dhabi. Mubadala is Nova’s parent firm. He also owns a 64 per cent stake in Borealis, a petrochemicals firm based in Vienna.

“I look forward to continuing to work with Nova’s management team to deliver the current slate of investment projects and build on the company’s position as a leading player in the North American petrochemicals market,” Al Kaabi said in a Feb. 18 news release.

Al Kaabi holds a Bachelor of Science degree in Geophysical Engineering from Colorado School of Mines and a Master of Sciences in Petroleum Geoscience from Imperial College, London.