The 20 countries in the treaty have announced a coalition to end plastic pollution by 2040. 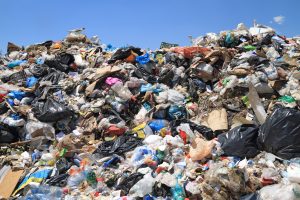 Canada has joined a global treaty that aims to put an end to plastic waste by 2040 by “restrain[ing] plastic consumption”.

The co-chairs of the coalition are Rwanda and Norway.

The countries say they have outlined “three strategic goals and seven key deliverables” for success. The three goals are to restrain plastic consumption and production to so-called “sustainable levels,” enable a circular economy for plastics that protects the environment and human health, and achieve environmentally sound management and recycling of plastic waste.

In an Aug. 22 statement, the coalition said global consumption of plastic is expected to more than double in coming decades, from 460 million tonnes in 2019 to 1.23 billion tonnes in 2060, with the growth driven by packaging, automobile, and construction applications.

The roots of the coalition are in UN Environment Assembly resolution 5/14, which was passed in March 2022, to start negotiations of an international legally binding instrument to end plastic pollution.

The first meeting of an intergovernmental negotiating committee to start writing treaty language will convene on Nov. 28 in Uruguay.

“Canada is committed to end plastic pollution and is actively engaged in negotiations towards a new global agreement on plastics to ensure it is ambitious, legally binding and takes into account the full lifecycle of plastics,” Steven Guilbeault, Minister of Environment and Climate Change in Canada, said in the statement. “We are proud to join and fully endorse the creation of the High Ambition Coalition to End Plastic Pollution and support its objectives.”