The Jaguar I-PACE is the second Jaguar Land Rover model built by Magna. The first, the Jaguar E-PACE, made its debut in 2017. 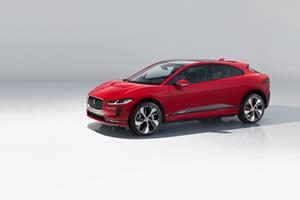 The Jaguar I-PACE is the first all-electric car from Jaguar. It will be produced at Magna’s contract manufacturing operations in Graz, Austria.

“The event marks the start of production of the brand’s first-ever all-electric car,” Aurora, Ont.-based Magna said in a statement. “Magna Steyr is the only contract manufacturer in the world building vehicles with different propulsion systems at one plant and on one production line.”

The Jaguar I-PACE is the second Jaguar Land Rover model built by Magna. The first, the Jaguar E-PACE, made its debut in 2017 also at the complete vehicle manufacturing facility in Graz.

The premiere at Magna’s Graz plant was broadcast live on Jaguar’s social media channels. The guests of the reveal ceremony also had the chance to go for a test drive and experience the new vehicle first-hand.

In 2018 approximately 200,000 vehicles will be produced at Magna’s location in Graz; four different models for three automakers will be manufactured.