Beginning in the 1960s, Lankton built Nypro into a large manufacturer with a dozen plants across the U.S., facilities in 11 other countries, and sales near $1 billion. 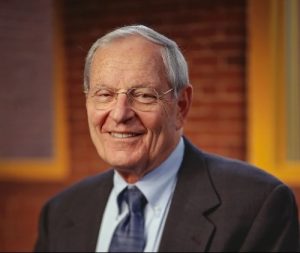 Gordon Lankton, the former owner of U.S.-based injection molder Nypro Inc. and a 2000 inductee into the Plastics Hall of Fame, died March 7 at the age of 89.

An engineering graduate from Cornell University, Lankton joined Clinton, Mass.-based Nypro Products Corp. in 1962, borrowing money to buy 50 per cent ownership of the then-small start-up company. At that time, the company had sales of $600,000; seven years later, Lankton purchased the rest of the company and became its president and CEO.

In the years to follow, Nypro sales reached nearly $1 billion, with a dozen plants in the U.S., and manufacturing facilities in Puerto Rico, the Dominican Republic, Ireland, Wales, Germany, Russia, China, India, and Singapore along with newer plants in Mexico, Shanghai, and the Philippines. Shortly after joining Nypro, Lankton instituted an Employee Stock Option Plan and, in 1998, sold most of his stock to the plan, creating one of the largest U. S. employee-owned companies by enabling 500 employees to participate in ownership.

In 2013, Nypro was purchased by Jabil Circuit Inc.

After retiring from Nypro, Lankton founded the Museum of Russian Icons in Clinton, reflecting a strong interest in Russia that he developed after Nypro opened a branch in Moscow in 1992. He also published a book about a nine-month motorcycle trip he took from Germany to Japan in 1956.