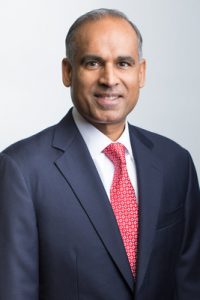 Bob Patel, who recently announced his upcoming retirement as CEO of LyondellBasell Industries at the end of 2021, has been named as the new CEO of specialty chemicals and materials supplier W.R. Grace & Co. effective January 2022.

The announcement comes shortly after global industrial company Standard Industries said that it would acquire W.R. Grace, which is headquartered in Columbia, Maryland, in a deal valued at US$7 billion.

Patel will succeed Hudson La Force, who has served as CEO of W.R. Grace since 2018.

“Bob has for decades been a visionary leader in the industry, with a record of transforming businesses to achieve robust, sustainable growth,” David Winter and David Millstone, co-CEOs of Standard Industries, said in an Aug. 31 news release.

Patel, 53, joined LyondellBasell in March 2010 and was appointed CEO in January 2015. “Throughout his time at LyondellBasell, he significantly increased earnings power through a number of strategic investments – including acquiring A. Schulman and building world-scale manufacturing facilities – and greatly expanded the company’s sustainability initiatives,” the Aug. 31 news release continued. “During his tenure, LyondellBasell was named to Fortune Magazine’s ‘World’s Most Admired Companies’ list for four years in a row.”

Prior to joining LyondellBasell, Patel spent 20 years at Chevron Phillips Chemical Co., where he held positions in manufacturing and led several businesses in the U.S. and Asia.