The company says it is now the world’s largest PC producer. 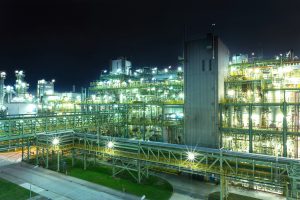 Chemical maker Covestro AG is doubling production capacities for polycarbonates at its site in Shanghai, China – a move the company says now makes it the world’s largest producer of PC.

Production at the Shanghai facility has risen from 200,000 to 400,000 metric tons per year, as two new world-scale production lines for PC resins were inaugurated in mid-October.

“In Asia and especially China, the demand for polycarbonates and solutions based on it is growing in important industries like electronics, healthcare and automotive,” said Michelle Jou, head of the Covestro’s PC segment. “By expanding our polycarbonates production capacity in the region, we can adapt and react even better to the changing needs of our customers.”

“The addition of the new production lines makes Shanghai the largest production centre for polycarbonate resins in the world,” said Dr. Klaus Schäfer, Covestro Management Board member responsible for production and technology. “The successful completion of this project strengthens our global production network and demonstrates Covestro’s continuous commitment to the Chinese market.”

The new production lines are the last piece of a multi-year, 3 billion euro investment program for the Shanghai site. Earlier this year, another new world-scale plant had been opened there producing up to 50,000 metric tons of HDI per year – a crucial raw material used in coatings and adhesives,” Jou said.