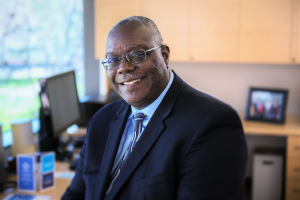 Chinn replaces CEO and president Mark Lashier, who will be leaving the company to become president and COO of Phillips 66, equal partner in the CPChem joint venture with Chevron.

Chinn, currently president of Chevron Chemicals, joined Chevron in 2006, and has occupied a number of executive leadership roles in refining and at company facilities in Venezuela, California, and Mississippi. He began his career 35 years ago at DuPont, and has a bachelor’s degree in chemical engineering from Texas A&M. He is also vice chairman of the American Institute of Chemical Engineers Foundation Board of Trustees.

Chevron Phillips Chemical also said its current executive vice president and COO, B.J. Hebert, was promoted to president and chief operating officer of the company. Prior to joining the company in 2020, he was president of Occidental Chemical for three years. He has over 30 years of chemical industry experience.

Headquartered in The Woodlands, Tex., Chevron Phillips Chemical is a supplier of polyethylene and related feedstocks and specialty chemicals.