Bioplastics no safer than other plastics, study says

The study, produced by German and Norwegian researchers, concludes that bioplastics contain substances that are just as toxic as those in ordinary plastics. 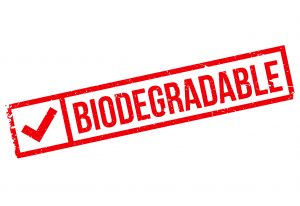 Despite being marketed as an environmentally friendly alternative to conventional, petroleum-based plastics, bioplastics and biodegradable plastics are just as toxic as conventional plastics, a new study says.

Produced by a team from Norwegian University of Science and Technology, Goethe Universität in Frankfurt, Germany, and PlastX Research Group, a research group at the Institut für sozial-ökologische Forschung (ISOE) in Frankfurt, the study analyzes everyday products made of bio-based and/or biodegradable materials and concludes that, because of the chemicals these alternatives contain, bio-based and biodegradable plastics are not any safer than other plastics.

“Bio-based and biodegradable plastic are not any safer than other plastics,” said Lisa Zimmermann from Goethe Universität. She is the lead author of the recent article. Zimmermann points out that products based on cellulose and starch contained the most chemicals. They also triggered stronger toxic reactions under laboratory conditions.

In what’s said to be the most comprehensive study to date that analyzes the chemical composition and toxicity of bioplastics and plant-based materials and compares them with conventional plastics, the group looked at toxic substances in these types of plastic, substances that can be directly toxic to cells in the laboratory or act as hormones that, in turn, can disturb the body’s balance. The study investigated 43 different plastic products, including disposable cutlery, chocolate packaging paper, drink bottles, and wine corks. “Eighty per cent of the products contained more than 1,000 different chemicals [and] some of them as many as 20,000 chemicals,” said Martin Wagner, associate professor at the Norwegian University of Science and Technology’s Department of Biology. “Cellulose- and starch-based products contained the most chemicals. They also triggered a stronger in vitro toxicity than others.”

On the one hand, the study revealed that the end products analyzed contained a wider range of chemicals and a higher toxicity than the raw materials from which they were manufactured, indicating that new substances are added or generated during the conversion of the raw material into the final product. On the other hand, the study said, each bio-based and biodegradable product had an “individual” chemical composition. “That makes it almost impossible to make general statements about the safety of specific materials,” Wagner said. “While a bio-polyethylene bag intended for food contact might contain toxic chemicals, a wine cork made of the same material might not and vice versa.”

The study concluded that it’s nearly impossible to keep track of all the possible harmful effects of so many different materials.

The study, call “Are bioplastics and plant-based materials safer than conventional plastics?”, was published in Environment International and can be found at this link.