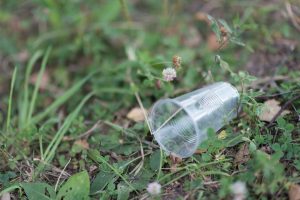 Improving plastics recycling is one of the issues facing our industry these days, and it’s not hard to see why. Not only does recycling help the environment and create new economic opportunities, efficient recovery of waste plastic is probably our best defense against critics who use the abundance of post-consumer plastic waste polluting lands and waterways as a tool to demonize the material. Like declaring all plastic manufacturing “toxic” in Canada, for example.

Plastics recycling systems around the world need major help to recover greater amounts of material, and science is playing an increasingly large role in this. Turning again to Canada, Aduro Clean Technologies Inc., of Sarnia, Ont., is working to unlock value from waste plastics through its new, patented Hydrochemolytic technology, or HCT, which is a chemical deconstruction process that rapidly converts various kinds of plastic into components useful for a variety of consumer applications, for fuel, and even for true chemical recycling that produces new, virgin plastics.

FROM HEAVY OIL TO PLASTICS

Founded in 2011, Aduro is a developer of patented water-based molecular recycling technologies that transform waste plastics, heavy crude, and renewable oils into new-era resources and higher value fuels. Originally developed to upgrade heavy oil, Aduro has redirected and reconfigured HCT to upcycle plastics and upgrade renewable oils. “HCT leverages the unique properties of water in a chemistry system that transforms large molecules of low value into smaller molecules of higher value,” said Ofer Vicus, Aduro’s founder and CEO. “Materials with undesirable characteristics are converted into materials that are more useful, the result being a tremendous uplift in market value.”

In some cases, Vicus said, the products can be purified and reused as feedstocks in the circular economy for producing new plastics or foams. “But the most important factor is removing these plastics from the waste streams,” he said. “For suppliers of single-use plastic products such as beer cups for arenas and stadiums, for example, such material could be collected on-site for recovery, and if the volume is too small, we will engage other producers in the area. Either way, we can help organizations identifying new savings or be credited for participating in the ESG operations.”

One of the differences between HCT and more traditional refining technologies such as pyrolysis and gasification, Vicus said, is that these latter methods generally lack selectivity due to operation at extremely high temperatures from 400°C to as high as 1,100°C, and they commonly rely on hydrogen produced by conversion of fossil fuels at between 700°C and 1,000°C. “In contrast with such energy-intensive thermal processes, HCT-based processes operate at only 240°C and 390°C,” Vicus said. “This makes them significantly less energy intensive, and the lower temperatures permit control of more selective chemical reactions while achieving similar or better outcomes at significantly lower cost and environmental impact. And HCT has no requirement for hydrogen produced from fossil fuels, nor need to be treated with hydrogen at a later stage, which aligns with modern environmental objectives.”

STEPPING INTO THE SPOTLIGHT

Currently, Aduro has an adjunct technology and process development team at Western University in London, Ont., where it is also commissioning a showroom demonstration unit. “We received initial our funding in 2012 from Alberta Innovates, and have drawn on other government funding over the years; the big facilitator that moved us out of the lab was support from Bioindustrial Innovation Canada, a not-for-profit business accelerator,” Vicus said.

For years, he added, Aduro flew deliberately under the radar, since its technology wasn’t ready for patent protection. But now, with seven patents that put a ring-fence around HCT – and having recently engaged Calgary-based engineering consultant Exergy Solutions Inc. to help bring HCT to commercialization – the company plans to go public, as it were, at the upcoming Global Energy Show in Calgary in September, where it will be exhibiting and presenting. “Following that, we’ll be ready for partnerships in the plastics space,” Vicus said. “Any plastics organization that’s looking for a solution for its waste cuttings is potentially a perfect partner. Different types of plastics are chemically varied – and under the hydrochemolytic conditions we’re able to unlock maximum value of each separately or as a mix – so each solution could be different, but plastic processors have a fairly uniform waste stream overall, which makes plastics a good starting point for us. We’ve already had conversations with some plastics packagers that create tons of waste cuttings daily, and they’re looking for some way to break down that material so it can be reused at the front end rather than being sold or sent to landfill. This will help them create the true circularity they’re looking for.”

According to Vicus, live scale trial runs with single stream polyethylene at the Western University lab have produced a 90 per cent yield rate with 98 per cent purity. “This is approaching the limit of what can be recaptured,” he said. “If you compare that with even the most advanced pyrolosis, it’s easy to see that the benefits, yield, and product purity are higher while energy consumption is lower.”

Aduro’s ultimate goal in the plastics space is downward scalability. “Most of the recovery processes require chemical facility-scale,” Vicus said. “Our process is simplified – we’re operating at lower temperature levels and we’re using the properties of water to facilitate a chemical conversion, so our HCT system could be installed in a typical processing plant,” he said. “We’re ready to come out of the lab, and are open to working with researchers, organizations, and industry partners. We’ll sign an NDA and demonstrate our technology, and if it fits we can begin working on it today.”