The Ontario-based pipe maker is adding a total of 28 additional lines. 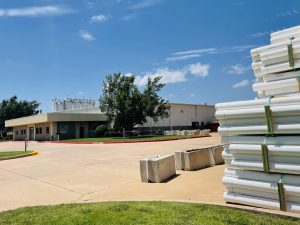 Oakville, Ont.-based pipe maker Ipex has announced plans to invest in a major expansion that will impact three of its pipe extrusion facilities in the U.S.

In a June 20 news release, Ipex officials said that a total of 28 new production lines will be added to the Ipex facilities in Asheville, N.C.; Lawton, Okla.; and Fort Pierce, Fla.

“This will allow IPEX to increase production capacity for our pipe business to ensure high fill rates and excellent service both in the U.S. and Canada, while we continue our significant growth strategy,” Mestres said. “These investments will also add enough capacity to deliver a number of groundbreaking new products we now have in the pipeline and ready to launch.”

Additionally, all three facilities will see expansions of their distribution yards and buildings. The new lines are expected to be operational beginning in late 2022, through to early 2024.

Ipex called the expansion an important investment that complements other strategic investments, including three new distributions centrers and a new state-of-the-art flagship molding facility in Pineville, N.C. currently under construction.