Semiconductor chip shortage will cost the auto industry $210B in 2021, new forecast says

Consulting firm AlixPartners also says that production of 7.7 million units will be lost in 2021, up from its earlier forecast of 3.9 million units. 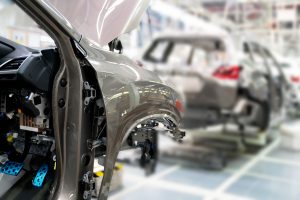 The ongoing semiconductor chip shortage that has hobbled automotive manufacturing worldwide is even worse than originally thought, consulting firm AlixPartners says, and will cost the auto industry globally US$210 billion in lost revenues this year, a greater revenue loss than was previously forecast.

The New York-based firm’s May 2021 forecast had estimated a loss of US$110 billion.

In terms of vehicles, AlixPartners is now forecasting that production of 7.7 million units will be lost in 2021, up from 3.9 million forecast in May.

“Of course, everyone had hoped that the chip crisis would have abated more by now, but unfortunate events such as the COVID-19 lockdowns in Malaysia and continued problems elsewhere have exacerbated things,” Mark Wakefield, global co-leader of the automotive and industrial practice at AlixPartners, said in a Sept. 23 statement. “Also, chips are just one of a multitude of extraordinary disruptions the industry is facing – including everything from resin and steel shortages to labour shortages.”

Adding to the problem is the fact that there are virtually no “shock absorbers” left in the industry for production or obtaining material, said Dan Hearsch, a managing director in AlixPartners’ automotive and industrial practice.

“Virtually any shortage or production interruption in any part of the world affects companies around the globe, and the impacts are now amplified due to all the other shortages,” Hearsch added.

In addition to vehicles, many other products – washing machines, smartphones, and more – rely on the semiconductors. Analysts note that the shortage has been building for years, and is not just the result of supply chain disruptions caused by the pandemic: other pressures facing the chip industry are the rise of 5G, which increased demand; and the decision by the U.S. to prevent the sale of semiconductors and other technology to Huawei – chip makers outside the U.S. were quickly flooded with orders from the Chinese firm.