The federal and Ontario governments hope the move will reverse the trend of Canada’s auto sector losing market share to low-cost regions. 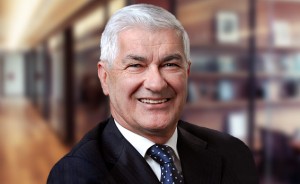 Ray Tanguay, the former head of Toyota’s Canadian operations, has been chosen to chair a new auto investment committee at the Canadian Automotive Partnership Council – a role that will involve serving as an adviser to the provincial and federal governments as well as the automotive industry.

At a June 9 news conference in Toronto, Ontario’s minister of economic development Brad Duguid highlighted Tanguay’s 24 years of industry experience and deep connections in the global auto sector. “If he makes a call, people are going to pick up the phone,” Duguid said. “There’s no question – Ray can open some doors for us internationally.”

Once an automotive manufacturing powerhouse, Canada has been steadily losing production to lower cost regions such as Mexico and the southern U.S. “There’s no denying that low-cost, low-standard jurisdictions have been getting the lion’s share of new (investments),” Duguid said. As examples, Toyota announced earlier this year that it will be moving production of its compact Corolla cars from Cambridge, Ont., to Mexico; and General Motors Canada will be shifting production of the Camaro from Oshawa, Ont., to Lansing, Mich., this year.

“In the old days, Ontario and Canada could allow potential auto investments to come to us without a great deal of marketing or a great deal of solicitation,” Duguid said. “Those days, unfortunately, are gone, which means we’re going to have to up our game.”

Tanguay, 65, was the former chair for Toyota’s Canadian operations and previously its president. The first non-Japanese executive to rise to the top ranks of the company, locally and globally, he retired in March 2015.