After more than 11 years in office, the 61-year-old Degenhart will step down as head of the Germany-based automotive parts maker on Nov. 30. 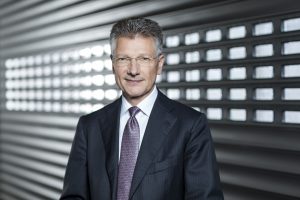 “It has been a pleasure and an honor for me to have been at the helm of Continental and leading its accelerated turnaround and profitable growth,” the 61-year-old Degenhart said in an Oct. 29 statement. “After a lot of effort invested for the benefit of our organization, I was recently made aware of the importance of immediately giving precautionary measures for my health the utmost priority when it comes to planning my personal life.”

Degenhart’s term as CEO was supposed to run until August 2024. He has been CEO of the company since Aug. 12, 2009, and is currently in his third term.

“When he took office in August 2009, Degenhart and his team led the company out of a situation that threatened its very existence, and brought it back into the DAX 30 Index and to an industry-wide top position,” Reitzle said. “Under his leadership, Continental’s debt was significantly reduced to a normal level, its equity capital strengthened and its previous high investment grade fully restored.”