India to ban many single-use plastics by July 2022

The ban will include foodservice items such as plates, cups, straws, trays, and cutlery. 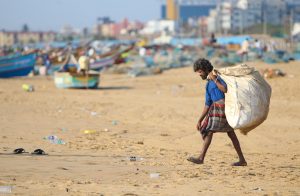 India’s central government has announced plans to phase out many single-use plastic items by 2022.

In an Aug. 13 statement, MoEFCC said that single-use plastic items which have “low utility and high littering potential” are now being phased out, and will be completely banned from July 1, 2022.

The provisions will not apply to commodities made of compostable plastic, the statement said.