The Celebration of Life service for Carteaux, who died on Dec. 10, will be held in the Atrium Ballroom of the Ronald Reagan Building and International Trade Center in Washington, D.C. 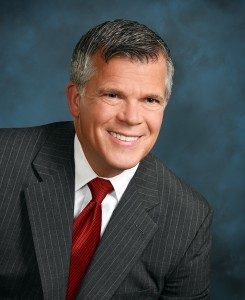 A memorial service for Bill Carteaux, the longtime head of the Plastics Industry Association who died on Dec. 10 after a battle against acute myeloid leukemia, has been scheduled for Sunday, Jan. 13 in Washington, D.C.

The Celebration of Life service for Carteaux will be held in the Atrium Ballroom of the Ronald Reagan Building and International Trade Center in Washington. The event is scheduled to take place from 1:00 pm to 3:00 pm.

Carteaux’s family has asked that friends, family, and business associates who wish to attend the service RSVP at this link.

Carteaux, 59, had led the Washington-based Plastics Industry Association since 2005, during which time it underwent substantial changes: the association changed its name from the Society of the Plastics Industry, and in 2012 it moved its flagship tradeshow, the NPE, from Chicago’s McCormick Place – where it had been held since 1971 – to the Orange County Convention Center in Orlando, Fla., where it continues to be staged.

Carteaux also worked closely with the CPIA and the Asociación Nacional de Industrias del Plástico A.C. of Mexico to help defeat plastic bag bans, promote best practices in manufacturing facilities, help prevent plastics debris from reaching the oceans, and to present a united front during the renegotiation of NAFTA.