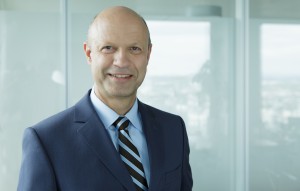 The company has appointed Dr. Frank Stieler, who replaces outgoing CEO Jan Siebert as of July 27, 2015.

Siebert has led Munich-based KraussMaffei since January 2012. He leaves the company “at his own request”, KraussMaffei said in a statement.

“Dr. Stieler is a charismatic leader with an outstanding track record of more than twenty years of international experience in renowned German industrial companies with a global presence, especially in machinery and systems engineering”, said Dr. Kurt Kinzius, chairman of the Supervisory Board of KraussMaffei Group GmbH. Stieler held top management positions in several companies, Kinzius continued, including at Lurgi (now known as Air Liquide Group), Siemens and Hochtief. “At Siemens, Dr. Stieler shaped the Oil & Gas business unit, which under his leadership developed from a loss-making entity to a fast-growing and highly profitable division,” Kinzius said. “Before Dr. Stieler was appointed chairman of the Executive Board (CEO) of Hochtief AG, he consolidated various business units as a member of the company’s board of directors and aligned them to growth markets.”