He succeeds Michiari Ota, who has finished his five-year tenure as head of the Cranston, R.I.-based robot maker. 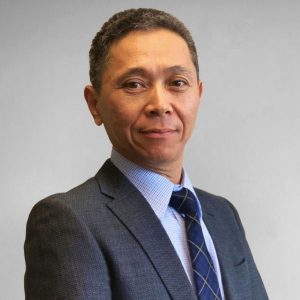 He succeeds Michiari Ota, who has finished his five-year tenure as YAI president.

Headquartered in Cranston, R.I., YAI is the largest overseas subsidiary of the Japan-based Yushin group.

Sugimura, 49, studied economics at Kansai University of Japan and began his career in 1993 as an accountant for Nidec Corp., one of the top motor manufacturers in Japan. He later joined the Yushin Accounting group in 1996, and from 2008 to 2012 he worked in the U.S. as YAI’s controller, then later as CFO. “[During this time] he guided Yushin America through the Great Economic Recession, managing the staff and helping the business maintain stable growth through 2017,” YAI said in a statement.

After returning from the U.S. to Yushin Japan headquarters, Sugimura lead Yushin Japan’s Internal Audit Office, which YAI called one of the most strategic managerial positions in the entire Yushin Group.

Widely known as “Gus,” Sugimura is ready to take on his new role, YAI said. “To achieve a higher goal or solve a complicated problem, we must gather each talent to one common knowledge base,” Sugimura said. “Two heads are better than one. We will continue to expand and refine our products and services even more to improve our customers’ experience.”