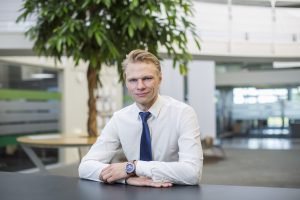 Povlsen, a Danish native, has held various executive business and technology leadership roles at Schneider Electric, a global energy management and automation company. Most recently, he served as vice president of strategy and technology, responsible for the technology strategy and execution within a multi-billion-dollar global organization.

“I have been impressed with Universal Robots for some time,” said Povlsen in a news release. “The company not only pioneered the category of collaborative robots, created an ecosystem of partner technology solutions and a vast global distribution network to serve customers in their varied industrial automation needs, it also has the potential to fundamentally reshape automation across the global economy. I really look forward to working with, learning from and being part of the great people at Universal Robots.”

Povlsen lives in Aarhus, Denmark, and holds a master’s degree in Computer Science & Embedded Engineering from the University of Southern Denmark.

Povlsen replaces acting UR president Gregory Smith, who served in the role temporarily after Jürgen von Hollen stepped down at the end of 2020 after four years of leading the company.