The company will be a manufacturing plant for GeKu and Waldorf Technik products in the U.S., and will import, stock, integrate, and distribute products from Wemo.

The America subsidiary of Hahn Automation is led by general manager Markus Klaus, a 20-year industry veteran who is the former injection molding division manager for Wittmann Battenfeld Inc. in Torrington, Conn. 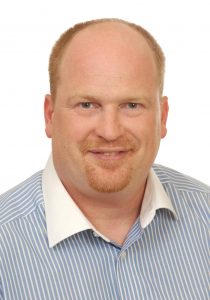 Hahn Automation makes robots, assembly, and test inspection equipment for a variety of industries, including plastics, automotive, and medical. The company already has a U.S. operation in Hebron, Ky. The Connecticut facility will focus exclusively on plastics automation.

“Our new company will be a manufacturing plant for GeKu and Waldorf Technik products in the U.S,” Klaus said. “In addition, we will import, stock, integrate and distribute products from Wemo.” Klaus also noted that Wemo robots have been distributed and supported in the U.S. for several years by Robot Automation Systems (RAS) of Waunakee, Wis., and that relationship will continue. “We look forward to continuing our long-standing partnership with RAS,” Klaus said. “They have done an excellent job for Wemo and add valuable engineering and automation expertise to every application.”