The Newton, Kansas-based magnetic separation equipment maker has appointed Chris Heming, a longtime customer and manufacturer’s representative of Bunting, to the role. 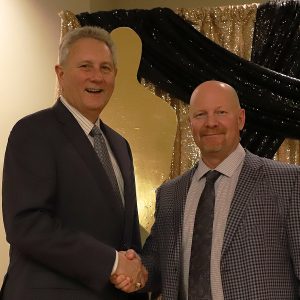 Heming is the co-owner of Winnipeg, Man.-based Canadian Copacking Group (CPG)/CPG Automation, as well as the co-founder of Farsight AI. CPG Automation provides integration and technology deployment to industries across Canada, and has service in Vancouver, Saskatoon, Winnipeg, and Toronto. CPG also provides extensive consulting services.

“I am very pleased to be an official partner with Bunting for Western Canada,” Heming said. “We have used Bunting for client solutions in metal separation, product inspection, and material handling for almost ten years and have always been extremely satisfied with both the product, the service, and the company. It is a natural progression to formalize this relationship.”

“Chris has been a manufacturer’s representative for Bunting for a number of years, and we are glad he made the decision to become an exclusive Master Rep,” said Rod Henricks, Bunting’s director of sales. “He brings a tremendous amount of experience and knowledge to our company, and I look forward to working more closely with Chris in his new role.”