“Even though the production capacities at [our] robot manufacturing plants in Mosonmagyaróvár (Hungary) and at the Austrian headquarters in Vienna were extended substantially during the last two years, these capacities were fully utilized throughout the year 2017, due to high demand,” the company said in a statement.

Parallel to the increased demand for standard robots, the demand for automation solutions has also grown, Wittmann said – which is why the company is currently expanding its production facilities in Nuremberg, Germany and in Písek, Czech Republic. “These expansions…will provide additional capacities for automation and gripper systems,” Wittmann said. “The extension of the automation segment in the U.S. was already completed in 2016 and ran to full capacity in the following year. Moreover, the automation department of [our] Indian subsidiary was also extended last year.”

To capitalize on the growing interest in robots and automation systems, Wittmann introduced several new products in 2017, including the Primus 14 and Primus 16 robots for standard pick-and-place applications; the new W853 pro robot with a 45 kg payload; and the R9 robot control system. 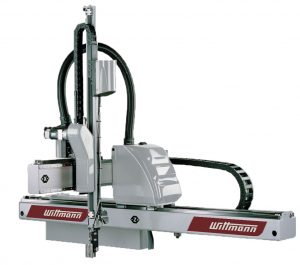 Wittmann Group is represented in Canada by Wittmann Canada Inc., which is headquartered in Richmond Hill, Ont.