Wittmann Battenfeld France SAS, the French subsidiary of the Wittmann Group, is expanding in the immediate vicinity of its existing company HQ in Moirans; and Wittmann Robot Systeme in Nuremberg has just finished an expansion that extended the office building to meet the needs of the departments dealing with automation systems.

Processing machinery and auxiliary equipment maker Wittmann Battenfeld is expanding its subsidiaries in France and Germany.

Wittmann Battenfeld France SAS, the French subsidiary of the Wittmann Group, is expanding in the immediate vicinity of its existing company HQ in Moirans. The planned new factory and office building will have more than 5,000 square meters of usable floor space. The total amount of investment for this project will be more than 5 million euros. “Groundbreaking for the new French headquarters is expected to take place at the end of June this year,” Wittmann Battenfeld France SAS  said in a statement. “Completion of and relocation to the new building are planned for March 2019.” 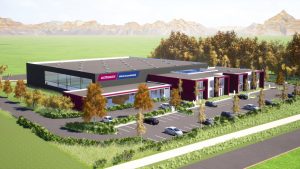 View of the WIittmann Group’s new French
headquarters in Moirans.
Completion of the new building is expected in spring 2019.

“Last year was the most successful year so far in our entire corporate history,” the statement said. “The sales increased by 14% compared to the previous year, and the growth in order volume was even more dramatic. The increases occurred across all product segments, with substantial growth being realized especially in the sectors of granulators, robots and automation systems, with a corresponding increase in market shares in France.” 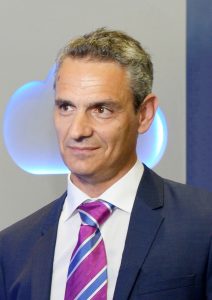 In Germany, meanwhile, Wittmann Robot Systeme in Nuremberg has just finished an expansion that extended the office building to meet the needs of the departments dealing with automation systems.

“The extension in Nuremberg was completed at the end of May this year, and from the beginning of this month, the new rooms are successively being occupied, primarily by the considerable number of new staff members,” Wittmann Robot Systeme said in a statement. “On the two floors of the extension with a total length of 17 meters, 418 square meters of additional office space is now available to house the entire project planning teams of the robot & automation and bulk materials handling departments, and project management as well.” The addition also created two new conference rooms; the larger conference room situated on the ground floor seats up to 60 persons and can also be used for special events. 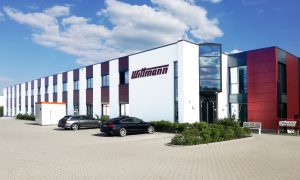