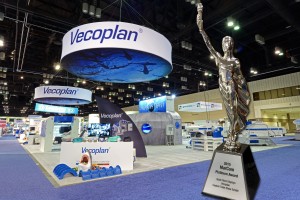 Size reduction equipment maker Vecoplan LLC has won a marketing award for its booth at the NPE trade show in Florida last year.