She succeeds Mark Sankovitch, who will remain with the company as regional president of Engel in North America. 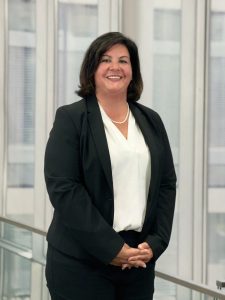 Malena, who has served as Engel’s chief operations officer for the past year, succeeds Mark Sankovitch, who will remain with the company as regional president of Engel in North America.

Malena, a mechanical engineer by training, started at Engel North America in 2017 as key account manager and then moved into a regional vice president of sales role. She was appointed to the management board in 2021 as COO responsible for after sales support, engineering, purchasing and automation.

Malena has worked almost 30 years in plastics machinery sales; prior to Engel North America, she worked for Gems Sensors and Controls, Arburg Inc., and Wittmann Battenfeld.

“We are delighted to be able to fill this important position from our own ranks,” Engel Group CEO Stefan Engleder said in an Oct. 12 news release. “Vanessa Malena is a proven expert in the injection molding industry. With her planned change, we are ensuring a seamless transition for both employees and our customers.”