While the phaseout targets are voluntary, several U.S. industry groups are criticizing the proposal. 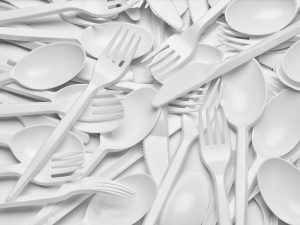 The U.S. Plastics Pact has released what it calls its “Problematic and Unnecessary Materials List”, which identifies 11 packaging-related products and materials that “are not currently reusable, recyclable, or compostable at scale” in the United States and “are not projected to be kept in a closed loop in practice and at scale by 2025.”

In a Jan. 25 news release, the organization says the publication of the list fulfills its commitment to “define a list of packaging that is problematic or unnecessary by 2021,” an objective in the organization’s Roadmap to 2025, which is based on the global framework developed by the Ellen MacArthur Foundation.

The U.S. Plastics Pact comprises more than 100 businesses, including materials suppliers, packaging companies, and major retailers, as well as non-profit and government organizations. The press release notes that individual pact “activators,” as member companies are called, may not necessarily endorse the materials on the list.

The list includes the following items, which the U.S. Pact suggests should be eliminated, in alphabetical order:

The list also comes with some caveats. Cutlery, straws, and stirrers are considered problematic when they are deemed non-reusable, non-recyclable, or non-compostable per U.S. Pact definitions and provided as an ancillary item to the primary container. “For instance, a packet of plastic cutlery provided with a prepared salad or a straw/stirrer provided with an on-the-go beverage would be defined as problematic, whereas cutlery, straws, or stirrers sold as a product would not,” the news release said.

“We thank our Activators for their commitment to working together to deliver on the U.S. Pact’s targets,” said, Emily Tipaldo, the U.S. Pact’s executive director. “The elimination of these problematic and unnecessary materials will enable advancements in circular package design, increase opportunities for recovery, and enhance the quality of recycled content available for manufacturers.”

But the list has already been criticized by both the American Chemistry Council (ACC) and the Plastics Industry Association, who say that it could result in switching to materials without the performance of plastics or that have a higher overall environmental footprint. “Unfortunately, the U.S. Plastics Pact lacked a transparent third-party, data-driven and scientific approach, and its process seems to be rooted in ideology and a predetermined, misguided outcome,” Joshua Baca, ACC’s vice president of plastics, said in a statement. “In fact, the list of plastic materials they suggest be eliminated by 2025 will only hinder the acceleration of a circular economy, slow progress toward a lower carbon future, and reduce our ability to use greater amounts of recycled material in plastic packaging.”

In a separate statement, Tony Radoszewski, president and CEO of the Washington, D.C.-based Plastics Industry Association, said the U.S. Plastics Pact doesn’t reflect the opinions of the broader plastics industry. “While they’re free to make decisions on what materials and products they do or don’t want to sell, or that they find ‘problematic,’ [we] find it problematic that the Pact hopes to tell others how to run their businesses by restricting their choices,” Radoszewski said. “It’s a lot easier to make lists than it is to live with the unintended consequences of eliminating certain types of products.”

A separate plastics pact has been launched in Canada, and that organization released its own action plan in October 2021.