Gorman previously owned and managed Florida Plastics Machinery, a rep agency selling a broad range of systems, including those from Toshiba Machine, for 20 years. 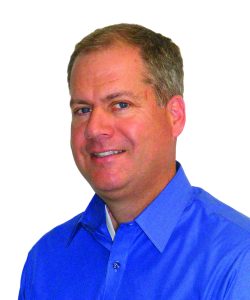 As national sales manager, Gorman is responsible for supporting the efforts of Toshiba’s Machine’s network of outside sales reps, inside sales team and technical sales group. “Our goal is to steadily increase market share in the U.S. and Canada for both our all-electric as well as servo hydraulic machines,” he said.

Among his prior positions, Gorman owned and managed Florida Plastics Machinery, a rep agency selling a broad range of systems, including those from Toshiba Machine, for 20 years. He also worked at TriMech, a supplier of additive manufacturing systems sold to manufacturers, the U.S. military and educational institutions.

“During his four years with Toshiba, Chuck has done an outstanding job helping us grow business throughout the southwestern U.S. and Latin America,” Toshiba Machine Co. general manager and vice president Thomas McKevitt said. “We’re confident Chuck has the expertise to take on this new challenge and help us maintain our leadership position in North America.”