The new company, called OMV Technologies LLC, will be based in Florida, with an office in Los Angeles. 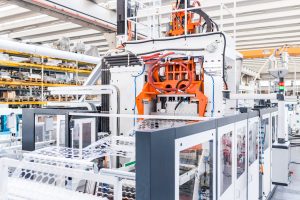 The OMV RM77 “Revolver” thermoformer, said to be one of the world’s fastest PP thermoforming machines. Photo Credit: MalStra LLC

The financial terms of the transaction have not been disclosed.

In a Nov. 30 news release, OMV officials said the new company name will be OMV Technologies LLC, and it will be headquartered in Royal Palm Beach, Fla. OMV’s manufacturing operations will continue to operate out of Verona, and all current personnel will be retained.

Plastics packaging industry veterans Mark Strachan and Brooke Maltun are the owners of MalStra and will lead the new OMV.  Strachan, who will serve as the CEO of OMV Technologies, has almost 40 years of experience in sheet extrusion, roll fed thermoforming and extrusion inline thermoforming, and is a former two-term chairman of the board of the SPE Thermoforming Division. Maltun is currently the vice president of sales for Los Angeles-based Star Plastic Design Inc. She will serve as president of OMV Technologies.

“Mark and I have spent our careers in plastic packaging, and we share a passion for the business,” Maltun said. “We look forward to introducing ground-breaking innovations, hands on in-field service, and outstanding customer service to the industry, globally.”

“We are excited for the opportunity to grow OMV’s business in the U.S. and the rest of the world,” Strachan said. “These are the most efficient and reliable thermoforming machines in the industry. OMV is one of the few companies who offer turnkey inline extrusion thermoforming systems with an emphasis on efficiency and closed-loop operation. They are also a world leader in ‘cut in place’ technology and inline rim rolling of round and square containers, which is critical with the drive towards more sustainable materials.”

According to the news release, plans include continuing to build machines and tooling in Italy, and beefing up operations in Italy and the U.S. OMV also says it will be opening an extrusion thermoforming lab, a product development lab, and a training facility in Florida. In addition, all U.S.-based parts and service will be relocated from Polytype America’s current location in New Jersey to Florida.

Maltun said that interviews are underway and the company will be hiring personnel, bringing immediate “boots on the ground” in the U.S. “Our headquarters is in Florida, with an office in Los Angeles, and we will be hiring additional sales and service personnel very soon,” she said.