Alongi is president of Maac Machinery Corp. in Carol Stream, Ill., and has been a member of the division for nearly 25 years. 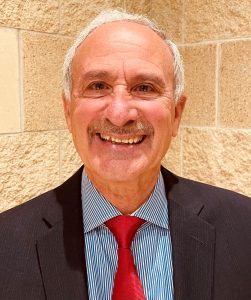 Alongi has been a member of the SPE thermoforming division for nearly 25 years.

The award was presented to Alongi on Sept. 21, during SPE’s thermoforming awards dinner in Grand Rapids, Mich.

In a statement, SPE said that Alongi entered the plastics industry in 1997 as president of Maac, and “quickly learned the thermoforming business, and working closely his with his brother, Paul Alongi, developed business practices that improved efficiencies and allowed the company to expand and flourish.” SPE officials described Maac as the world’s largest thermoforming machinery manufacturer, focusing exclusively on cut-sheet applications. Officials said the firm is an innovator and leader in the thermoforming sector. Maac has been a long-time supporter of SPE and the thermoforming division because of Alongi’s involvement.

Alongi is also a member of the thermoforming division’s asset allocation review committee, and has facilitated the delivery of Maac ASP thermoformers to universities around the U.S. Alongi has also served SPE in many different areas – he’s a longtime member of the machinery technical committee, and has also served as conference chair, technical program chair and session moderator. He currently serves as finance committee chair, and has worked on technical articles for SPE Thermoforming Quarterly magazine.

Founded in 1942, SPE is headquartered in Brookfield, Conn.