SPE names Thomas Haglin as Thermoformer of the Year

Haglin is CEO and owner of Baxter, Minn.-based diversified thermoformer Lindar Corp., and also the owner and CEO of tooling supplier Avantech. 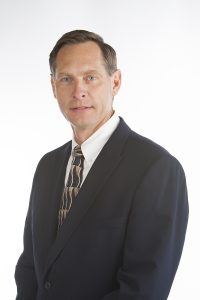 The Society of Plastics Engineers (SPE) Thermoforming Division has named Thomas Haglin as its Thermoformer of the Year for 2019.

Haglin is CEO and owner of Baxter, Minn.-based Lindar Corp., a diversified thermoforming company that he founded in 1993. Haglin is also CEO and owner of Avantech, a producer of tooling for rotational molding, acquired in 2012 by Mr. Haglin and relocated to Baxter in 2016.

“[Lindar Corp.] has been a pioneer in packaging for individual cupcakes and desserts, tamper-evident two-piece pie and cake containers, bioplastic packaging, and lenticular lenses for 3D-like packaging effects,” SPE said. “In its annual parts competition, the Thermoforming Division of SPE awarded gold medals to Lindar Corp. in 2010 and 2014.”

A native of Brainerd, Minnesota, Haglin received a bachelor’s degree in management from the College of St. Scholastica in Duluth, Minn. He began his professional career in 1985 with Larco/Acrometal, where he was promoted to plant manager.

“Tom Haglin embodies the true spirit of the American Dream, from growing a small acquisition over 25 years ago into a thriving, diversified processor to his broad community service,” said Eric Short, SPE Thermoforming division chair.  “Our industry is fortunate to have Tom Haglin, and we’re honoured to have him as this year’s SPE Thermoformer of the Year.”

The SPE Thermoforming Division is a technical division of the Society of Plastics Engineers, which is based in Bethel, Conn.

Past recipients of the Thermoformer of the Year Award can be found on the SPE Thermoforming Division website: https://thermoformingdivision.com/awards-recognitions/thermoformer-of-the-year/past-winners/.