The Society of Plastics Engineers (SPE) will present its annual awards for outstanding contributions to the plastics industry to four distinguished individuals during the upcoming SPE ANTEC 2016.

The awards and honourees are:

Dr. Kenig is dean of engineering and head of graduate studies in plastics engineering at Shenkar College in Israel. Sponsored by SPE Engineering Properties and Structures Division, this is SPE’s most distinguished award and is presented to honour an individual’s lifetime achievement. 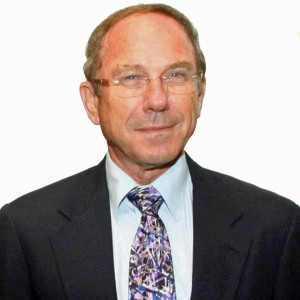 Kenig is the dean of engineering and head of graduate studies in plastics engineering at Shenkar College in Israel. In his Ph.D. research (1968-1972), he was the first to study, model, and simulate the complete injection molding process. His thesis was the inspiration for many commercial software packages that simulate the injection molding process. Before joining academia, Kenig served in various industrial R&D positions. In 1974 he joined the Research Authority of the Israel Ministry of Defense, where he held various positions in the Materials and Processes Division and in 1986 became managing director of the Division, a position which he held until 1991. In 1992 Kenig established the Israel Plastics & Rubber Center (IPRC) Ltd., aimed at advancing the technical and scientific infrastructure of the plastics and rubber industries. Kenig is also the author of more than 150 papers and 16 patents and has delivered more than 120 lectures in international conferences. 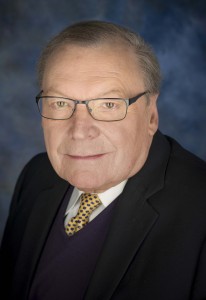 A recognized expert in strategic and business planning, advanced technologies, product development, and manufacturing processes and operations, Macher has more than 45 years’ experience in the automotive industry. Prior to CSP, Macher was CEO and president of Collins & Aikman; chairman and CEO of Federal-Mogul Corporation; and president and CEO of ITT Automotive. He also spent 30 years at Ford Motor Company where he held several key executive positions, including vice president of the Automotive Components Group, an $11-billion operation and the predecessor to Visteon. Macher was involved in a number of automotive plastics innovations, including the first polyethylene fender liner on the Lincoln Town Car (early 1970s); a two-shot, rear tail lens molding process (developed with Farrell Corp.) in 1972; an all-plastic, one-piece instrument panel on the 1975 Cougar passenger car; E-Beam cured paint for plastic instrument panels in 1975; a blow molded polyethylene fuel tank on the 1979 Mustang; and tubular cross-car beam designs that provided stiffness, structure, and reduced noise/vibration/harshness for modular instrument panel systems, enabling single assembly for just-in-time sequencing operations.

Dr. Osswald is professor of mechanical engineering and director of the Polymer Engineering Center at the University of Wisconsin—Madison.

Osswald received the National Science Foundation’s Presidential Young Investigator Award, as well as the 2001 VDI-K Dr–Richard-Escales-Preis. In 2006 he was named an Honorary Professor at the University of Erlangen-Nuremberg in Germany and in 2011 he was named Honorary Professor at the National University of Colombia. Osswald teaches polymer processing and designing with polymers and does research in these fields, in particular in the areas of fiber orientation, fibre density and fibre length distributions. Osswald has written over 200 technical papers; is the series editor of Plastics Pocket Power, which currently includes six books; and is the editor for the Americas of the Journal of Polymer Engineering and the English language editor for the Journal of Plastics Technology.

Dr. Campbell is president and chief technical officer of Castle Associates, a consultancy. The award is sponsored by SPE Extrusion Division. 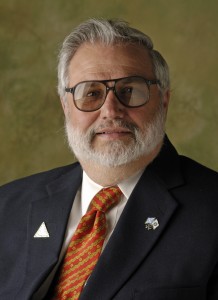 In 1968, Campbell joined General Motors Research Laboratory as a research engineer and became senior staff research engineer in 1978. During his 13 years at General Motors Research Laboratory he contributed to the solution of a number of critical research programs relating to the corporate change from almost exclusively metal construction to a larger and larger fraction of the car being plastics. Campbell then joined Mobil Chemical Research and Development, and began managing the Polymer Process Research and Tech Service process laboratory in 1981. While at Mobil he focused his efforts on the processing of commodity plastics, particularly the areas of film, foam, and molded parts. In 1984, Campbell became a chemical engineering faculty member at Clarkson University, where his research focused on polymer processing and property interrelationships in extrusion, injection molding, blown film, electronic resists, foams, liquid crystalline polymer, and fuel cells. He also was the Director of the Extrusion and Mixing Consortium at Clarkson for eight years. Campbell has published over 170 research papers and directed 27 graduate students.

ANTEC 2016 will take place May 23-25 at the JW Marriott Indianapolis in Indianapolis, Ind. The annual award recipients will be honoured at the Awards Gala on Sunday evening, May 22.