Pizcazotowski replaces company founder and president Arthur P. Haag, who will continue to serve as chairman of the board. 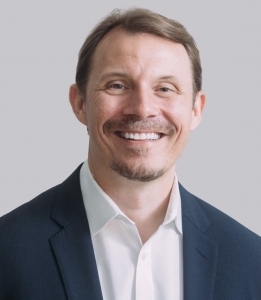 Haag will continue to serve as chairman of the board.

“Pizcazotowski will be based at company headquarters in Houston where he will lead Neutrex’s workforce in all aspects of the business including product development, sales, marketing, manufacturing, and customer service,” company officials said in a July 26 news release.

“[Pizcazotowski] possesses the leadership instincts to drive and motivate cross-functional business teams and deliver exemplary results,” Haag said. “I’ve watched him grow professionally in previous leadership roles and believe he will be instrumental in taking Neutrex to the next level of our growth strategy.”

Pizcazotowski, 40, most recently served as international sales director for Neutrex, and the company says he created a broad distribution network for the firm which has since expanded to more than 50 countries. During his tenure in that position, Neutrex was honoured for its exporting accomplishments with the President’s “E” Award and “E Star” Award from the U.S. Department of Commerce. Before joining Neutrex in 2007 as a regional sales manager, Pizcazotowski worked for several years in management with top health club businesses in the U.S. He served as a general manager at several locations and oversaw sales, operations, and customer service.

“I look forward to leading Neutrex as we continue to meet customer demands for high-quality, performance products for their manufacturing operations,” Pizcazotowski said.

Neutrex was founded in 1992. The Purgex brand of chemically-engineered commercial purging compounds can be used to clean injection molding, extrusion, and blow molding machines.