Profits up for Wittmann Group in 2016

In 2016, and for the 7th consecutive year, injection molding machine, robot, and auxiliary equipment maker Wittmann Group saw another increase in sales compared to the previous year.

The 5% growth fell short of the record 19% growth figure from 2015, but the company isn’t complaining. “An expansion in the order of almost 20% is an exception and not possible every year,” said Michael Wittmann, managing director and CEO of Wittmann Group. “We are proud that we could add yet another 5% in 2016 to that impressive rate.” 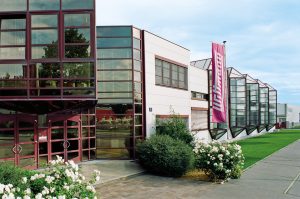 The company’s workforce has also increased again and currently stands at 2,165 employees worldwide.

The company’s global sales activities were also strengthened in 2016. A new subsidiary was established in Trenčin, Slovakia in September. Moreover, the Wittmann Group decided to take over its agency in Korea and make it a part of its own sales and service network, following the positive development of the Korean market. The integration was completed in November of 2016.

And the firm seems confident heading into mid-2017. “2017 has got off to an excellent start for us, and we will be very likely to exceed 400 million EUR in sales this year,” Wittmann said. “We are looking forward to an exciting year with a great variety of challenges and tasks. With an exceptionally high order intake in the second half of 2016 and at the beginning of 2017, the order books are already full well into the autumn of this year.”