The group will present its inaugural William R. Carteaux Leadership Award at a ceremony held alongside its annual meeting and the induction ceremony for new members of the Plastics Hall of Fame. 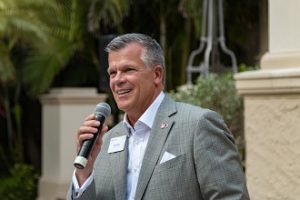 The Plastics Industry Association will announce the first recipient of its new award honouring the late Bill Carteaux, its former president and CEO, during an Oct. 7 event in Florida.

The inaugural William R. Carteaux Leadership Award will go to an employee of a member company of the association “who personifies the values Bill Carteaux made the hallmarks of his career – unity, dedication, perseverance and selflessness,” the association said in a March 11 news release.

“Bill Carteaux was the type of guy who could fill a room with his presence, and he used his passion and dedication to build bridges within the industry,” said Tony Radoszewski, current president and CEO of the Plastics Industry Association. “His selflessness in his career and private life were never more obvious than when he continued to lead [our organization], chaired major events, and raised funds for the Leukemia & Lymphoma Society, all while battling the disease himself.”

Carteaux led the Washington, D.C.-based Plastics Industry Association from 2005 until his death at age 59 in December 2018, after a three-year battle with acute myeloid leukemia.

Radoszewski will present the new award as part of the Plastics Hall of Fame Ceremony during the Board Dinner, where the recipient will stand alongside 2021 Hall of Fame inductees.