Thaxton plans to retire in 2020 after 30 years with the company. 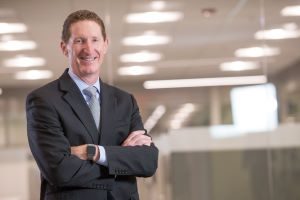 Gregory Thaxton, the executive vice president and CFO of Nordson Corp., has announced his plans to retire in 2020 after 30 years with the company, with the last 12 years as CFO.

The Westlake, Ohio-based company has initiated a search of internal and external candidates for his successor. Thaxton will remain in his current role throughout this transition period.

“[Greg’s] passion for Nordson, our customers, employees and shareholders is evident to everyone who interacts with him,” Nordson president and CEO Sundaram Nagarajan said in a Dec. 12 statement. “We expect this to be a smooth transition, and I appreciate Greg’s commitment to stay with us until his successor is identified and onboarded.”

Thaxton started his career with Nordson in 1989. He became part of the executive leadership team in February 2007 when he was named corporate controller and chief accounting officer. He was appointed CFO in January 2008. Previously, he served as group controller for the Pacific South Division and the Finishing and Coating Systems segment, as well as the Automotive Systems and UV Curing Systems businesses.