The Cincinnati, Ohio-based processing machinery maker reported US$325 million in sales in the fourth quarter of 2017, which represents a nine per cent increase over Q4 2016.

Plastic processing equipment maker Milacron Holdings Corp. closed out 2017 with double-digit sales growth and what it calls “strong cash flow” from its operations.

The Cincinnati, Ohio-based company reported US$325 million in sales in the fourth quarter of 2017, which represents a nine per cent increase over Q4 2016.

“Cash was particularly strong in the quarter, as we generated over US$95 million net free cash flow, which is above the high end of our guidance range,” said Milacron president and CEO Tom Goeke. “We delivered nearly double-digit constant currency sales growth in the quarter, driven by our Advanced Plastic Processing Technologies segment with 16 per cent sales growth and our Fluid Technologies segment grew five percent on a constant currency basis.” 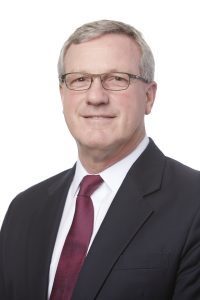 “On a constant-currency basis, orders were up five per cent for the quarter and eight per cent for the year,” Goeke said. “This growth and the resulting backlog build of US$60 million were primarily driven by strong orders in the hot runner business, India-based equipment business and North American aftermarket, all of which are strategic growth businesses.”

In line with current market conditions, Milacron forecasts sales growth of between two and four per cent in 2018. “Looking ahead to 2018, we begin the year with a strong backlog position of US$287 million, are focused on concluding our three year restructuring initiatives, and will continue to take the necessary actions to meaningfully strengthen our balance sheet,” Goeke said. “Our guidance for 2018 reflects the continued execution of our strategic fundamentals, which includes driving increased sales from consumables, expanding margins in all of our businesses, and increasing free cash flow conversion to position our company for growth.”