KraussMaffei rebrands itself ahead of K show

The rebranding, which will remove "Netstal" from the company name, merges the company’s brands for injection molding, extrusion, and reaction process technologies under the single brand of KraussMaffei. 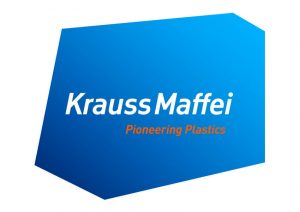 In a move to reposition its branding, Germany-based machinery maker KraussMaffei Group is now consolidating all business divisions and its previous brands KraussMaffei, KraussMaffei Berstorff and Netstal under a single, unified brand of KraussMaffei.

In a July 3 statement, KraussMaffei described the repositioning as being in line with its “Compass” corporate strategy, which has already resulted in the launch of the Digital & Service Solutions (DSS) business unit.

KraussMaffei is also releasing a new corporate design that will be used throughout the company, which will be rolled out to a wider audience during the upcoming K 2019 trade show in Germany in October.

“The common appearance supports the further integration of the injection molding, extrusion, and reaction process machinery divisions, which already work hand in hand for many applications, for example lightweight construction,” KraussMaffei said. “This means that customers can select the solution that best suits them from the whole technology portfolio via their respective contact person.”