Sears takes over the helm of the East Windsor, Conn.-based drying equipment maker after the recent death of his father Charlie Sears, who founded Dri-Air in 1985. 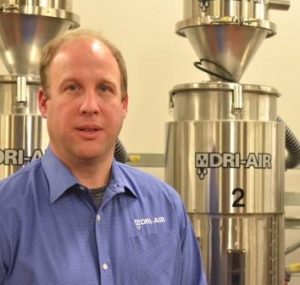 Sears takes over the helm of the East Windsor, Conn.-based company after the death of his father Charlie Sears, who founded Dri-Air in 1985.

Charlie Sears passed away in August at the age of 78.

Jason Sears has been an employee at Dri-Air for 30 years, beginning after school during his high school years learning such skills as welding, electrical wiring, painting, packing, and machine assembly. He joined Dri-Air full-time after earning his B.S. in Chemical Engineering from the University of Rhode Island in 1992.