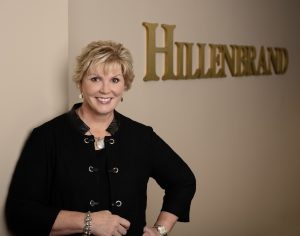 Hillenbrand Inc., the publicly traded Batesville, Ind.-based company whose holdings include plastics machinery maker Milacron, has announced that president and CEO Joe A. Raver plans to retire at the end of 2021.

He will be succeeded as CEO by Kimberly K. Ryan, who becomes the executive vice president of Hillenbrand effective immediately.

Also effective immediately is the CEO transition process. Ryan will now have responsibility for the company’s businesses, including Mold-Masters, Milacron Injection Molding & Extrusion, Coperion, and the Batesville funeral services business.

The other members of the company’s executive management team will continue to report to Raver during the transition.

“A steadfast and strategic leader, Joe has guided Hillenbrand since 2013,” Joe Loughrey, Hillenbrand chairperson, said in a June 2 news release. “During his tenure, he played a significant role in transforming the company from a [US]$600 million death care business in North America to the approximately [US]$2.5 billion global diversified industrial company it is today. In addition, Joe has been instrumental in the evolution of the Hillenbrand operating model and the company’s inorganic growth strategy, including the transformative acquisitions of Coperion and Milacron.”

Ryan joined the Batesville Casket Co. in 1989 and in her 33 years with Hillenbrand, has held many senior roles, including president of Batesville. Since 2015, she has been president of Coperion, Hillenbrand’s largest business, where she achieved 30 per cent revenue growth to approximately US$1 billion in 2020.