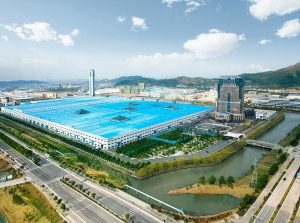 Injection molding machine maker Haitian International Holdings Ltd. posted a new sales record for the completed 2020 fiscal year – with over 43,000 machines sold and a 20 per cent sale increase to US$1.8 billion – and also broke ground on the construction of a new smart factory for advanced component and machinery manufacturing in Shunde County, near Foshan City in Guangdong Province.

“China’s economy benefited from strict preventive and control measures taken by the government [against the COVID-19 outbreak] and was soon able to return to positive growth and normal economic operation,” officials with the Ningbo, China-based company said in a March 26 news release. “Thanks to this rapid recovery in the domestic economic situation, the entire group experienced strong, growing demand.”

Sales increased by 28.6 per cent for the company’s Mars-brand series injection molding machine, mostly from customers in the medical market. The household goods and automotive markets also saw growth in 2020, the company said, which mainly benefited the electric Zhafir series as well as the Haitian Jupiter series with two-plate technology, with sales increasing by 6.8 and 3.2 per cent respectively.

“Although sales in some overseas markets were severely affected by the pandemic, the holding company recorded an increase in export sales thanks to the continuous expansion of its global network,” the news release said.

Haitian officials also came up with a five-year strategic plan at the beginning of 2021 that calls for strengthening its global market presence and consistently expanding its market share.

“With industry-specific solutions, we will increase competitiveness in the high-end market, among others, and advance digital manufacturing solutions,” Zhang Bin, executive director of Haitian International, said in the release. 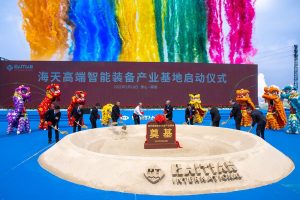 Haitian’s sales and service partner in the U.S. and Canada is Absolute Haitian, which is based in Worcester, Mass.