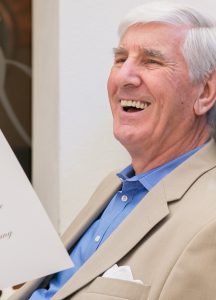 Austrian plastics recycling machine manufacturer Erema Group GmbH has announced that one of its co-founders, Georg Wendelin, passed away on March 29 at age 84.

Wendelin co-founded Erema with Helmut Bacher and Helmuth Schulz in 1983 to build their first plastics recycling machine, as well as the group of companies that would become known as the Erema Group.

“With his pioneering spirit, his business acumen and his respectful and appreciative management style, Georg Wendelin actively shaped the success of the company, attentively and proudly keeping track of how plastics recycling went from being a niche to a trend and how the Erema Group became the driving force behind the circular economy,” the company said in an April 5 statement.

In addition to being one of Erema’s co-founders, Wendelin was also a former managing partner and longtime chairman of the company’s supervisory board.

In 2019, he was awarded the Golden Decoration of the Republic of Austria in recognition of his work.