Medford joined the Lebanon, Ore.-based twin screw co-rotating extruder maker in 2012, and for the past eight years has been part of the company’s executive management team. 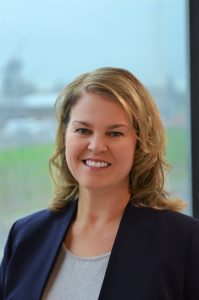 She replaces Entek CEO Larry Keith, who has been serving as interim president of the company since the retirement of Kirk Hanawalt earlier this year.

Medford joined Lebanon, Ore.-based Entek in 2012 as the company’s vice president and general counsel, and for the past eight years has been part of the company’s executive management team. Prior to that she represented Entek as outside counsel while working at the law firm of Troutman Sanders LLP.  She is a graduate of Willamette University in Salem, Ore.

“Entek Manufacturing is a very special part of the Entek family of companies, and I am honoured to take on this new role as its president,” Medford said.  “It’s an exciting time at Entek…with great opportunities to help our customers grow in increasingly important areas such as recycling and bioplastics. Going forward Entek will be at the forefront of plastics recycling and environmental solutions.”