New Omega Group is projected to turn over in excess of 9 million euros in 2016. 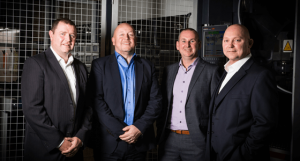 The merger is formed from the partnership between Omega Plastics, which operates two facilities in Blyth and Hartlepool, England, and Signal Plastics, which is based in Washington, England.

Called the Omega Group, the new company is expected to generate revenues in excess of 9 million euros in 2016, English news reports say, and employ more than 100 workers – up 20 from the companies’ current combined employment of 80.

“Both of our businesses had proven successful in their respective markets but there were sufficient complementary overlaps in our products and processes to make a strategic alliance of the two almost inevitable,” Dave Crone said in the statement. “Omega Plastics will continue to provide first class design, tooling, molding and assembly with the added benefit of specialty high-volume molding provided by Signal Plastics. The combination of our resources and expertise means Omega and Signal are now even stronger together.”