Located in San Pedro near Monterrey, this second location is situated in an automotive manufacturing region. 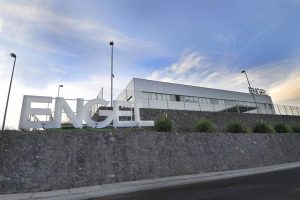 Located in San Pedro near Monterrey – about 640 kilometers southwest of San Antonio – this second office is also about 800 kilometers away from Engel’s first Mexican plant in Queretaro. near Mexico City in the centre of the country, where numerous companies in the plastics industry are also based. “We are thus shortening the distance to our customers in the very important industrial region in the north of the country,” said Peter Auinger, managing director of Engel in Mexico. “In the Monterrey region, the automotive industry in particular is strongly represented.”

Engel will have two sales experts and four service technicians at the initial team in Monterrey. In addition to offices, the facility includes a large conference room with state-of-the-art presentation technology, which is also used for customer training courses.

Engel has had its own sales and service subsidiary in Mexico since 1996. In 2010, the premises were moved from Mexico City to Queretaro and significantly expanded. Engel has its own machine technology centre and spare parts warehouse in Queretaro. The two Mexican facilities will employ a total of almost 70 people.

“We are increasingly becoming a partner for our customers over the entire life cycle of our injection molding machines and system solutions,” Auinger said. “The demands placed on our consulting services are increasing, and we are working more and more closely with our customers. The geographic proximity becomes even more important.”