Company veterans Ulrich Bartel and Markus Parzer have been promoted to leadership positions. 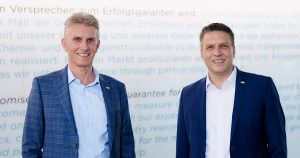 Bartel has been with Coperion since 1990 and has held a variety of positions at various Coperion sites around the world, inclusing with Coperion companies in Japan, China, Singapore and the U.S. Since 2014, he has headed the polymer division as president, which incorporates all product areas related to plastics.

Also, Markus Parzer replaces Bartel as president of the polymer division. Parzer joined Coperion in 1992, and was named as head of order management in 2014. In 2015, he was appointed head of the extrusion systems business unit and since 2020 he has been head of the polyolefins business unit. With his appointment as president of the polymer division, he is now responsible for the entire product range related to plastics.