“The move allows us a greatly improved production layout, for a higher output capacity to help us to meet the growing demand for our products,” said Steve Pinelli, ProSystems’ vice president of sales and marketing. “Our entire staff has made the move with us and we will be looking to increase our team as the demand allows.” 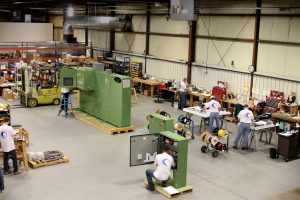 The move also serves customers by its proximity to US Extruders Inc., Pinelli added. Founded last year, US Extruders is also headquartered in Ashaway. The start-up was founded by extrusion industry veterans Bill Kramer and Dan Schilke.

In addition to making control systems for sheet and blown film extrusion equipment, ProSystems – which was founded in 2000 – also serves the medical, aerospace, wire and cable, and the fibre optic industries.