The 66,500-square-meter facility is scheduled to be completed by the third quarter of 2022, and will combine the company's extrusion business activities under one roof. 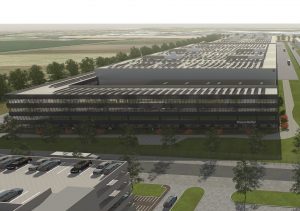 The 66,500-square-meter facility is scheduled to be completed by the third quarter of 2022, and will have an expected 750 employees in production, assembly, and administration. The new address will replace the former KraussMaffei site in Hannover-Kleefeld that did not allow any further expansion.

In a Sept. 3 statement, KraussMaffei officials described the new plant as an “ultra-modern premises” that will combine KraussMaffei’s extrusion business activities under a single roof. “Special focus is placed on the new InnovationCenter that will be available for challenging and complex preliminary tests under realistic production conditions to customers from the plastics and rubber industries before they actually order a new machine from KraussMaffei,” the statement said. “On a floor area of around 10,000 square meters, the InnovationCenter will comprise 20 state-of-the-art machines and lines – from small laboratory facilities up to production-scale machines – to be used for trial purposes.” 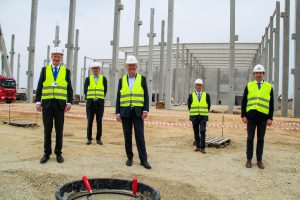 The new plant is the latest in series being built for the company. “A couple of weeks ago, we inaugurated the new plant of our Burgsmüller subsidiary in Einbeck [Germany],” said Dr. Michael Ruf, KraussMaffei Group CEO. “And the construction work for our new headquarters in Munich-Parsdorf has also been started. In a few days, we will celebrate the laying of the foundation stone there as well.”